Keep in mind this is all true- every bit of it. Anny? Did you write that down? You don’t have to look at me like that! I just wanted to make sure you weren’t going to miss anything, okay? Alright, just keep writing whatever I say. This is going to be neat.

Now, where should I begin? Well, how about I just start at the very beginning! I grew up outside of Pent, about half a day’s journey along the eastern coast. There is a small port there called… my name? Oh, my name is Jax! But back then, people called me ‘Jack’. That’s what my mom called me anyway. She was a beautiful woman. She took care of me and the others. There were eight of us all together. There might have been more after I left. I’d guess I have at least five more siblings out there I don’t even know about.

My dad was a farmer. I didn’t see much of him. He’d be gone before the sun went up and return around dinner time. He had this one chair that was his favorite, and he’d eat his dinner and then fall asleep right there. That’s about all I can remember of him!

We kids were expected to help out, of course, but I was always messing around. It was easy to get away with since there were so many of us. This one time… well, maybe I’ll save that one for later.

Anyway, I was a bit obsessed with fire. I mean, who isn’t? It is so fully awesome. What do you mean I can’t use that word? Which word? No, write it just as I told you! But that isn’t what I said! Okay, I guess “fully” works, but… whatever. Where was I?

So my mom tells me I have to bring some stuff to Jahna. He sold our extra supplies for my dad out of Gesh. I mentioned Gesh already, right? There were ships there that would travel along the coast. Well, you know that, right? Like the Berkiss and the like taking supplies around.

Okay, so she gives me this big bundle, and I head out, but before I go, I grabbed my father’s ax. I wanted to gather firewood on the way home. I figured my dad would never miss it. Fully, he’d probably miss it before he noticed I was gone! He was a fully full fuller like that!

By the time I get to Gesh, I am exhausted, and Jahna is nowhere around. I didn’t want to wait around for him, but if I left without being paid for the stuff, I knew I’d be in trouble. That’s when this guy comes up to me in a full guard uniform! He was all like, “Is that the supplies for the men? Jahna was supposed to deliver them, but he never showed up!”

I found out later that the reason Jahna never showed was because he had taken the money and then run off with one of the ship captain’s wives. The best place to hide in that situation is the mountains. Captains are always a little uneasy on dry land, so it’s best to get as far away from water as you can get.

Wait, where was I? I’ll tell you when I have had enough to drink! No, don’t write that down! Fully. Fine, so I say to this guy, “Fully, yeah, I have your stuff!” He’s super excited and tells me he’ll throw in a bit extra if I carry the stuff back to the camp for him. Fully, yes!

By the time we get there, it is getting late, and the guy offers me a place for the night with the guys. I was excited. His name was Bren. We all got so drunk that night. Hmm? Nah, I was plenty old enough! Okay, well, not everyone was raised like you, so just relax.

Bren goes on to tell me that they are on an important mission, but they are a bit shorthanded. Well, I’ve got my dad’s ax and plenty of time on my hands. I told him I’d be happy to help out. You see, further east of Gesh is the Welter River. It runs between Arden and Crewda. You know, I should draw you a map. No, I will tell you the rest after I draw the map and maybe finish my drink! 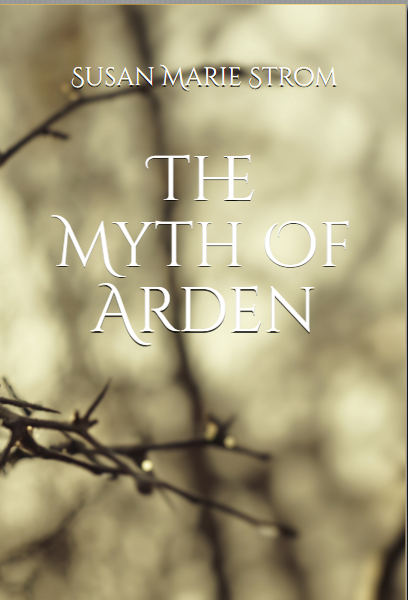